The South China Sea conflict is a regional security issue that has not yet reached the point of completion, and is
prone to disrupting regional stability in the future. There are 3 (three) basic things that are the main reasons why
countries are involved in the South China Sea conflict. First, it contains enormous natural resources, including oil
and gas, biodiversity and fisheries and other marine resources. To operate patrol boats and logistics vessels so
that the distribution of liquid logistics support is appropriate, timely, and in the right place, in solving the problem
of liquid logistics distribution, the "Linear Programming" approach will be used to optimization the distribution of
liquid logistics for patrol boats in the Security Operations sector sea. From the description of the formulation of the
problem above, this research was carried out by aiming at the objectives to be achieved, including: formulating a
logistic distribution optimization model and optimizing the ability of Naval Warship B9 in supporting the elements
of the title at sea. Data processing in this research activity is data that has been obtained from data collection
activities and processed using the help of an excel solver. the results of the running of the spreadsheet solver
program, the running results stated that in order to carry out operations in the Natuna sea for one year it required
7 Naval Warship (1 K3; 5 K4; and 1 K5), then the central point of operation is sector A, the optimal refuel point is
in R17 because it is closest to operation in sector A.
Keywords: Distribution logistics, spreadsheet solver, Linear Programming. 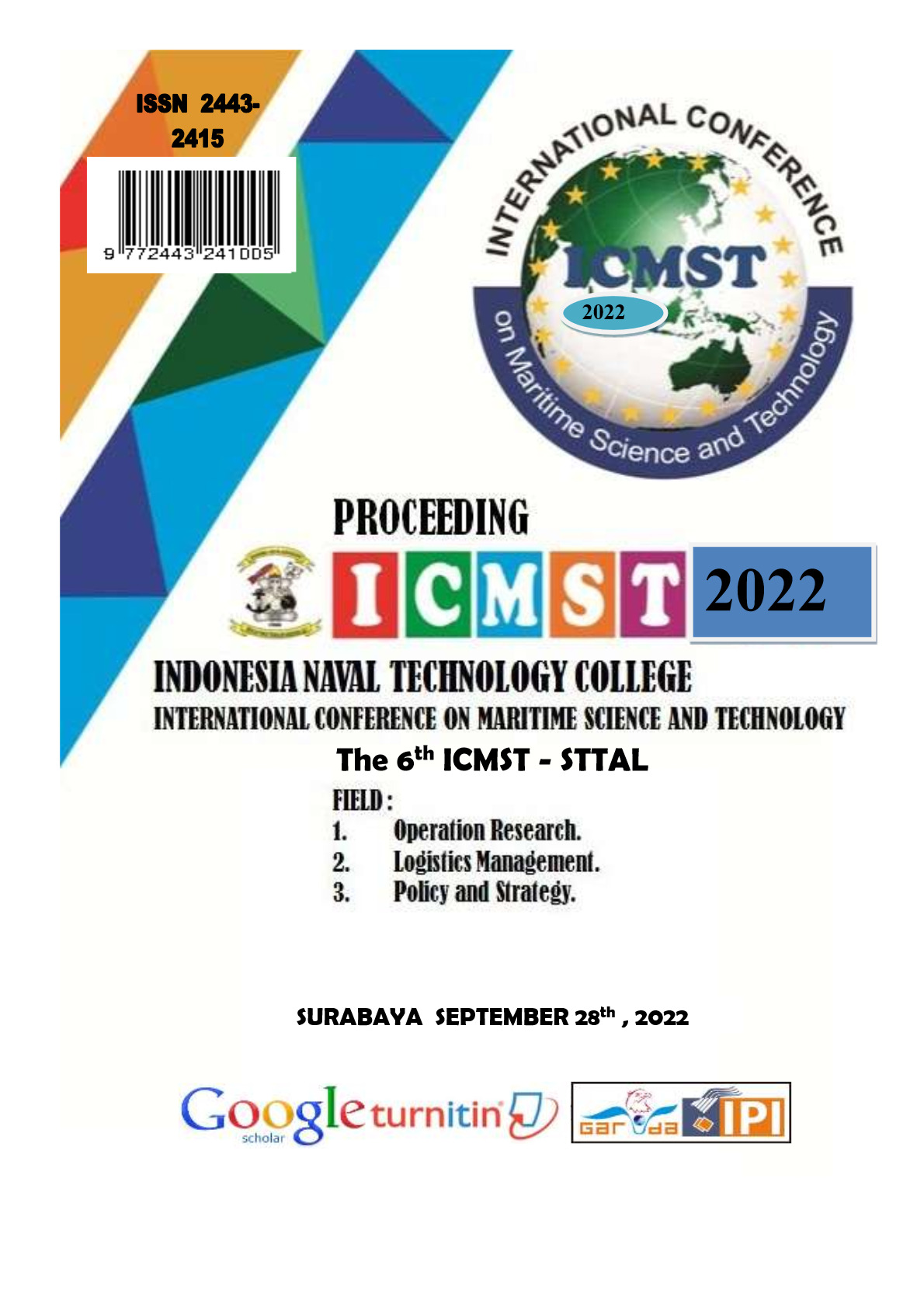